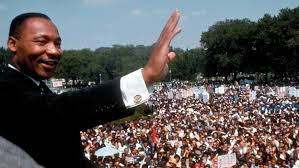 I was recently asked why I thought folktales were a good vehicle to help people understand Martin Luther King Jr.’s legacy.

Here is my response:

The thing that Martin Luther King Jr. did for our nation was to retell our story including black and brown people in the narrative. Up until he came, we had no national story that included people of color that didn’t consider them as less than or worthless.

It wasn't just that we had no voice; we had no place on which to hang our voice. There was no national place to even think about how people of color fit into the world…only in its shadow.

Even when people of color were doing amazing things in the shadows, there was no way to tell their stories. No context in which they would have been understood or accepted.

There was no national idea that black and brown people even had a right to have a voice. Anytime we tried to speak in our neighborhoods, communities, states, or regions, we were met with beatings, blood, fire, and persecution. The terrorism of the establishment in America was so fierce, that it made most people too afraid to do anything about the obvious discrimination. 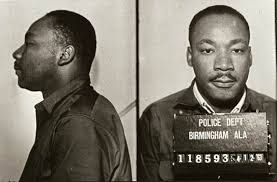 Dr. King’s voice resonated not only with people of color but other citizens who had watched the systematic oppression of their fellow citizens and decided they could not let it stand.

Together, we began to tell a new story about what America could be and what we wanted to see.

The themes in folklore are clean-cut and powerful. They are about hope, love, equality, justice, persevering in the face of fear, the importance of community, treating each other with respect and the dangers of what happens when we don’t, and many of the other things that Martin Luther King Jr. spoke about in his life. 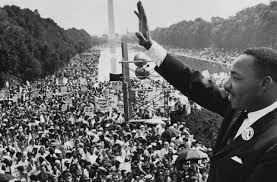 The story of the country in which I live, America, is a powerful one. It is filled with triumphs and places we failed; soaring dreams and nightmare cruelty; determination and despair. These things march hand in hand through the actions and inactions of those in power and those who fight for human rights.

Our story continues on this day as one administration leaves to be replaced by another.

There will be new battles, concerns, triumphs, hopes, disappointments, and possibilities.

We will continue to write the story of who we are.

We must not forget where we started.

We must remember that we can always be better than we are as long as we keep working together to move forward. 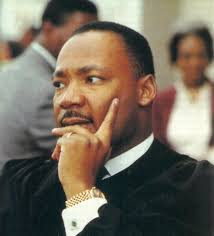 Most importantly, let us never forget to keep dreaming of a better world: Martin’s world.