In Residence at Stoneviille Elementary School: You Want Me To Work With What Age?


This week I am in residence in Stoneville, NC. This means that I am teaching all week at Stoneville Elementary school.

This means I have four classes a day. In some residencies, I get a core class, or I work with a single grade level.

I have one about humans needing to leave the earth because it is dying. The residency is designed to get students to study the solar system, consider alternative energy, visualize technologies that do not exist, work together in small groups, research current technologies that are being considered for space exploration, as well as lots of arts and creative drama work.

I went into the classroom, explained who I was and what I was doing there. When I started the creative drama element of the residency by telling the group of fourth graders they were the last, best defense against the destruction of the world, about three quarters of the kids thought I was undercover from NASA. Some of them were pretty freaked out about it. The next day I had to explain once more that it was a creative drama experience. Despite realizing I really was not sent from NASA, the kids took the activity very seriously. All of the classes had a great time. 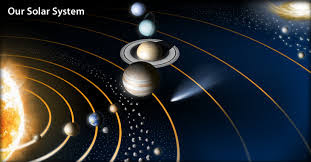 Basically, each class was divided into small groups, and each group came up with plans to evacuate the earth. I was cool with any plan they could concoct, and we would create the technology to make it work no matter how far fetched.

The students spent three days planning our escape. I came in on the fourth day, told them that there was bad news. Time was shorter than we knew. Not everyone could get off of the planet. A representative from each group came up and drew a slip of paper out of a bag. The slips with nothing on them meant the group got to leave, but the ones with red lines across them had to stay on the planet. We didn't have the resources to evacuate them. The groups that were going to be left behind were extremely bummed. There were some tears. We bucked up, however, and began to consider how to proceed. 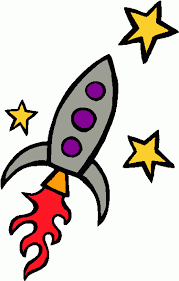 Four days into a five day residency,  one or two groups in each room had to scrap all of their plans and begin to see if they could figure out a way to stay on the planet, and survive. On the fifth day, we spent most of our time in the evacuation stage, except for the abandoned groups...they threw themselves into saving our planet with such energy and fervor, that their ideas were extremely cool. The students participated in guided visualizations, drew pictures, and described the systems they designed.

The teachers had pulled books about the solar system earlier in the year, but nobody looked at them twice. That week, the books made the rounds in the rooms as student groups tried to pick a planet on which to live, and create life support systems to deal with the various drawbacks of their orbits, atmospheres, and proximity to the sun. The kids had a blast, and if it encouraged even one of them to think seriously about physics, the universe, science of any kind or alternative fuel sources...then it was worth it. If not, then it was still a blast and we got all sorts of arts impact out of it.

I also run an involved five day residency about Ellis Island. A version of that residency can be found in the wonderful book by Sherry Norfolk and Jane Stenson entitled Storytelling in the Social Studies Classroom.

Still and all, it is not my favorite way to spend a week.

This week I am in residence in Stoneville, NC.  No matter how long I do this job, there is always something new!

I have never quite done a residency like this. I am visiting every single class in the school once, and then I have a show at the end of the week. I am not seeing any class more than once! How can you build anything? You can't. You just offer up a sampling. It is not very satisfying, but I get why they want to do it this way. It allows for more arts exposure for every kid in the school.

This means I have to work with Kindergarten and First Grade. There are few things that can make my heart stop beating as quickly as knowing I have to spend an hour in a Kindergarten or first grade class.

I have no idea what you are supposed to do with little bitty kids in a classroom! I can tell stories to them all day long, but teaching them?  Just kill me now.

I don't know what people did about this sort of conundrum before the internet, luckily, I don't have that challenge. I had some ideas about what I might try that seemed a bit out there, so I reached out to our storytelling community online and asked, "what do I do?"

Our very supportive storytelling community was happy to offer up some ideas and encouragement. I finished my final classes with K and 1 today, and they were great.

What did I do?

Well, I told a version of goldilocks where she is a really naughty person. We played it in drama space, acting out the story, and then we talked about story structure. 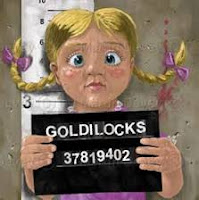 Luckily, this school has done a great deal of work helping students with story structure. This means they already know the beginning, middle, end organization of a tale. We looked at what images or ideas go in each part of the story. The part of the story they had the most trouble with was Resolution, but they got the hang of it.

With the Kindergarteners, I also played the Button Factory. This is how I learned it.

What happens here is I start making big circles with my right hand.

We go through the chorus again, and after Joe says 'no', the boss says, "Work With Your Left Hand"

At the end of this last chorus when the boss says, "Joe, are ya busy?" you say 'YES!"

Afterwards, we went through the button factory using our story structure chart, and focused on how that story broke down into characters, setting, a problem that vaults the character into action and then the resolution of the action.


Two of my  kindergartens and one of my first grades were immersion classes, and so I broke out La Mariposa (the butterfly), a story I learned from Carrie Sue Ayvar.

Bilingual storytelling is fun! The kids who spoke Spanish enjoyed knowing what was happening a half step before their English speaking peers. All in all, it was a great time.

Tomorrow I am seeing all of the second graders at the same time, and then I have a show.

I'm in residence in Stoneville

, NC. I'm learning so much about being in the classroom, managing kids, and gauging how they are doing.

I am recalling why I would be a terrible classroom teacher.

I am enjoying playing with the kids. I'm enjoying watching the kids focus on improving their concentration and visualization skills. I'm enjoying the teachers as they watch the process and make notes about follow up after I'm done.

It is good to do this every now and then as I write and think about brain function, but as much fun as I am having....I'm looking forward to being done tomorrow!