All I Have Are Stories...I Know It Is Not Enough - Telling in The Schools of America 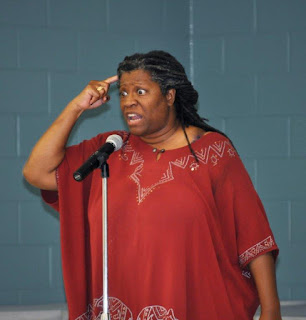 I am often unaware of the stories going on around me until they slam into me in such a way that I cannot avoid them.

One lovely spring evening in my early twenties, I was sitting in my apartment in Evanston, Il;  knitting. I used to do that quite a bit. I was listening to a Broadway album, and drinking tea. The phone rang. It was my mother. My parents lived in South Korea at that time.

Mom: (Panicked) Are you okay?

Mom: You aren't caught up in the riots?

Me: The what? What are you talking about?

Mom: The Riots! They are burning everything down! How could you not know about this?

Me: (Laughing) Mom, I have no idea what you are talking about. There are no riots.

Mom: This is about Rodney King!

Mom: Turn on the news!

Me: I don't even own a television.

(This was before the internet)

Two days later a television arrived in the mail. That turned into a story.....but I don't tell it on stage.

One lovely fall morning I was sitting at the table with my almost two-year-old daughter. We'd dropped my son off at pre-school, and we were playing language games at the kitchen table. The phone rang.

Aunt Anna Fae: (Panicked) Where is your father?

Aunt Anna Fae: Where is Milton? (my baby brother) Your mom?

Aunt Anna Fae: The lines are all down.

Aunt Anna Fae: Doesn't your father work in the Pentagon?

Aunt Anna Fae: (Calmly) The World Trade Centers have come down, and a plane hit the Pentagon.  Where are your father, mother, and brother? Are they safe? Are they alive?

It took my two days to reach my family members. That turned into a story...but I don't tell it on stage.

I have become much more plugged into the world since my children are older. I follow politics, get involved in local events, and I often have an opinion or two about events both national and international.

Even so, I am not always ready for the moments when what I know from the news intersects with the actual world.

This last Thursday I left my hotel, headed out to a school in Charlotte, and met my PTA contact. I set up in the gym. While I was waiting for the three hundred fifty kindergartners, first and second graders who were going to spend forty-five minutes with me, I asked a standard question about the population.

Me: What can you tell me about your kids?

Principal - We have a very diverse school. Over half of our children have undocumented parents. We also have a high population of refugees. I have some babies who came here from Syria, but I guess we won't have the opportunity to save any more of those precious children. Our school has over twenty-five different languages. Almost none of the students have English as a primary language at home. Most of them will become polyglots just so they can converse with their new friends. They are learning quickly, and most of them are doing really well with English. By fifth grade, they are ready for middle school. You'll see some kids who you might assume are African American, and they are, but all of them are Somalian, most of them just got here. We have only a smattering of children who were born in Charlotte, and they are speaking other languages too in order to make new friends.

I looked out over a sea of little faces. They were laughing, talking to friends, wiggling, just being kids. Every possible shade of human skin was sitting in front of me. Every type of hair, every type of smile, eye, and body shape.

Me: How are they doing with what's going on in the current administration? 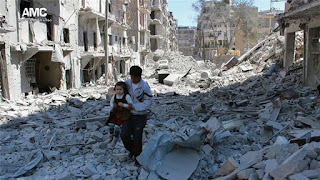 Principal - Not well. The children are so stressed. The teachers are also stressed. Anytime a policeman comes to the school, the children cry and shake. They come to school with their coats even when it this warm because they are afraid they are going to be taken away, and they want to keep some of their things with them. If someone is absent, they are scared that they will never see them again. What is happening now is the worse thing that could be happening to these babies. They are terrified.

The principal thanked me for coming and told me that even though the children might have some trouble with the language, they were going to love it.

Before I began, an older white lady came into the gym where I was doing the telling. This one group of kindergartners went crazy when they saw her. They waved, started bouncing up and down, and couldn't contain themselves. She came to the front of the room. The entire class got up and swarmed her under with hugs and patting.

I wondered who she was. Maybe she was the ESL teacher? I went over and asked her.

I don't think I've ever started crying before a set. I wanted to hold all of them in my arms. I wanted to say,

All I have are stories.

That's all I have to give.

I've often thought that instead of History it should be called Ourstory.

To love that fiercely, to share with passion, to hold onto the best of what we can be, to face a child who is afraid and say to them, I will fight for you if you let me...that is what it is to be part of Ourstory.

That is what it is to teach.

I became aware of 9/11, but there was nothing I could do to stop that. I was across the country. it was over before I knew it had happened.

All I have are stories....Ourstory

Despite how hard some things hit me....they never end up on stage.

I hope you find someplace to share your stories. 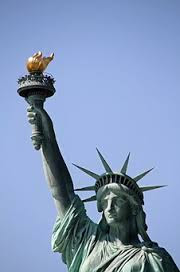 “Give me your tired, your poor,
Your huddled masses yearning to breathe free,
The wretched refuse of your teeming shore.
Send these, the homeless, tempest-tossed, to me:
I lift my lamp beside the golden door.”

My Joy - Teaching by Arthuretta Martin 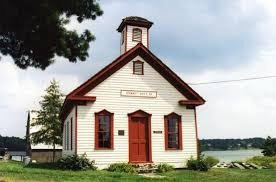 I wasn’t born to be a grade school teacher.

Let me rephrase that.
I wasn’t trained to be a teacher.
Hmmm that’s not quite right either.
Wait. Let me explain.

The first 30 years of my life I did something other than teach young people but clearly, I was born and trained to teach.  That sounds better.
I love teaching children. I love teaching adults.  I believe teaching is my calling. During this second half of my life, I’m finally answering that call. I am excited when my students “get it.”  I love it when they don’t “get it”; when they must stretch their minds to understand new concepts and ideas.

For about 20 years I taught adults. I taught adults the complex and often contradictory concepts of Federal Acquisition.  What is that you ask?  It is teaching how and why the Federal government buys goods and services.  This field also includes training people how to manage those contracts.
I’ve found similarities and differences between young people and adults in learning.  I came with a pre-conceived notion that I had to work harder to teach young people.  I don’t.  I must work differently.
Just like adults, young people take classes because someone told them they had to do it.  Just like adults, young people take classes because they’re interested in the topic.   The student that knows more than the teacher?  I get that with both students and adults.  Both are pliable but there is no question that adults do not stretch like children.
Adults must sometimes unlearn biases before we have room to open to new ideas.  Young people come with biases too but their biases were usually placed in their precious minds by well-meaning adults.  The joy comes when you can help a young person place those biases in perspective and embrace a different way of seeing the world.  Stories, and helping young people learn to write their story and listen to each other’s stories have given me the opportunity to do just that.

I teach public speaking. One form of public speaking is storytelling. I teach children not only how to tell a story but what makes up the craft of storytelling.
Their imaginations are as vast as the ocean.
In the processing of speaking, you must improve listening.  We live in a world where people do a great deal of talking but don’t always listen to each other.  In my class, we not only focus on public speaking best practices but we teach listening and how to give feedback.

The joy comes at the end of the quarter.  Each student gives a prepared speech which will always include storytelling.
I have one young man who began taking public speaking with me two years ago.  He had some challenges.  I worked with him.  Today I do believe he’s not only a good speaker he can compete as an orator.
Some of us go through a lifetime without ever experiencing joy.  I’ve have found joy through children telling stories. 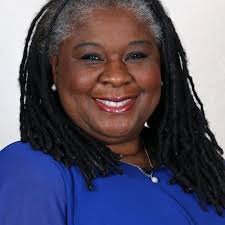 Posted by Donna Washington - Storyteller at 11:46 AM No comments:

Next week Arthuretta Martin will wield the pen.

She has a wonderful piece about her passion for storytelling.

This engaging educator and performer did not set out to teach or tell. She did get here eventually, and once she arrived, she put the pedal to the metal! 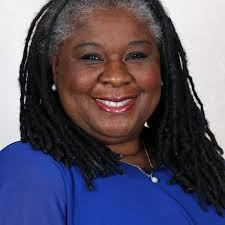 As a teaching artist, she shares the gift of story through writing, storytelling, acting, and singing.  Her vocal talents span several genres including classical, opera, jazz, gospel, rhythm and blues.  She’s a member of several performance and storytelling guilds including the Washington Revels Jubilee Voices, Voices from the Earth of Davis West Va and the Ollie Players of George Mason University.  She has been a featured teller in several local performances sharing the stories of famous women like Frances Ellen Watkins-Harper, Sisretta Jones, and Marien Anderson.  She’s been a featured teller and vocalist at events and festivals around the country and recently at Panafest in Cape Coast, Ghana.  Performance venues include the Kennedy Center, White House, Wolf Trap, and the Black Theater Festival in Wilmington, NC.  She’s an alumnus TEDx speaker of TED Wilmington, Delaware, She’s a Distinguished Toastmaster, a member of the National Storytelling Network, Virginia Storytelling Alliance, the National Association of Black Storytellers and the National Speaker’s Association. 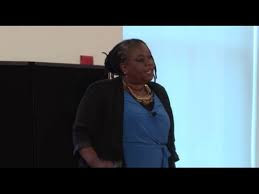 I met Arhuretta in real life about two years ago. Prior to that, she was one of those virtual Facebook connections.

She is an infectious person who just makes me grin. I can't wait to share her insights on this space.

Check her out in this clip!

See You Next Week!

Posted by Donna Washington - Storyteller at 10:26 AM No comments: