Gearing Up For A New Season: Fall Is Coming 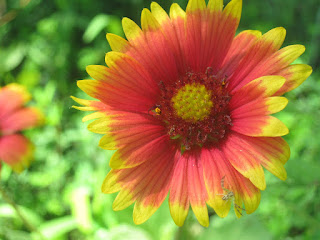 Do you know what your marketing cycles are?

We have two big ones.
Summer for the fall and winter
Winter for the spring and summer

When do you start marketing for a season?
August and January are our big push months

How long does it take to reap that market?
After the cycle starts, most of the booking happens in the next three to four weeks for established markets.


No, I am not going to write another long marketing series!

It is just that these questions come up with us every fall. No matter how long we've been at this, the amount of effort expended to make the season profitable doesn't get any less.

If anything, it gets more intense as people try to bargain for specific dates, parts of the year, or blocks of time.

My job in all of this is to design the workshops The David claims I can teach and put together presentations and key notes for organizations he swears I can address.

The leaves change. The world moves. Business waits for nobody. We just hired a firm to redesign our outdated website.

This year is going to be tricky because I have to edit a novel for a February deadline while I flit all over the country.

I tell myself that there are worse problems to have and then I take a deep breath and try not to freak myself out about how much is on the plate.

Meanwhile, I try to do all of the things that are difficult when I am traveling:

Play with the cats,

Not stress out over politics,

Deal with the Empty Nest,

and gear up for the year ahead.

Self Care is a huge part of this time of year. Be well and be safe.


In closing, I would like to say a sad farewell to a woman who had so much more to give us....


The Storytelling World lost Dianne de Las Casas. She was only forty-seven.  If you knew her and want to support the family, here is a way to do it.

Dianne was a bright light in the storytelling world as well as being a prolific writer. She taught workshops on marketing, storytelling, and writing, and she touched the lives of many hundreds of thousands of children and adults.

Dianne, you are missed.


All of us have so much to give.

Give all you can.

Have a happy and healthy Fall. 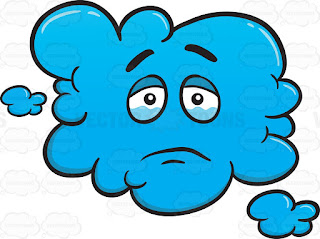 Part 1: Telling The Hard Story: What Is It?

Part 2: Picking The Hard Story: Why are you telling it?

The Hard Story: (n) Any story that touches on subjects or themes that are considered socially sensitive, politically divisive, religiously difficult, or fraught with discomfort.

I don't tend to tell hard stories for a number of reasons. The biggest one is this:

I don't want the audience to walk out of the set worried about me, depressed, or full of unfocused despair or anger. 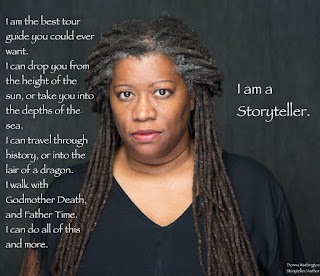 I think of the storyteller as a tour guide. I'm going to take you through something, and at the end of it, I am going to deliver you back at the station in one piece. On the journey we are going to see lots of things, and you might be changed by the experience, but when you leave this tour, you aren't going to walk out the door and want to punch the first person you see.

The stories I like to tell aren't just for the sake of telling a story. I like to choose tales that have an actual point. So, before I even begin....I like to to know what the point of the tale might be.

For starters: The point of the tale and what the story is about might not actually be the same thing at first blush.

Question: What is Election Night about?

Answer: Episodes of racism that made me feel othered in my own country.

Question: What Is The Point of Election Night?

Answer: Each of us has the power to either "other" or "unother" people. Are you aware or brave enough to stand with someone when they need it?

This is what I want from the audience: 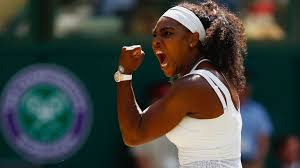 I want people to go back through their lives and say, "I unothered this person. I stood up for the kid at lunch. I made a positive difference in this person's life. I have a friend nobody else will talk to and nobody knows how I do it. I AM AN UNOTHERER!"

I also want people to think..."Good Lord...have I othered someone? Have I been on the giving end? How do I feel about that?"

I also want people to say, "I have been there. I've let someone "other" me. I fought it. I ached about it. I cried about it. I've moved on, but it still burns. I am not alone. I'm still being othered, but I don't have to treat others the same way. I'm going to survive this."

I want people to think, "You know, now that I think of it, I've been othered! I never thought about it like that. It was an eye opening experience. Cool."

And I want people to talk about their own experiences with others or me after the set is over and the story is told.

I don't want this:

I am so sorry that this happened to you in particular, and now I feel like I need to protect you but nothing you've said extrapolates out into anyone else in the world.

I bet you hate conservatives because of what happened

You do know that all white people aren't like that, right?

You must be so scared all of the time based on the way you talk about these events. 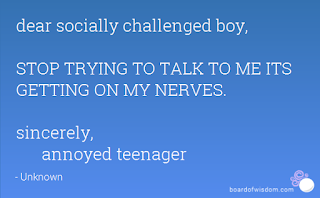 Nobody is responsible for your feelings but yourself and if you were scared, worried, or whatever, you need to take personal responsibility for your weakness

There is no such word as "Othered" anyway, and I didn't pay good money to come here to be accused of racism or called a racist!

Why don't you focus on all of the good stuff white people do? Why do you have to tell some story that makes white people out to be bad guys?

I cannot control what the audience will walk away with after the tale, but I can craft as many of my intentions into the tale as possible when I am putting it together.

What are the techniques I can use? 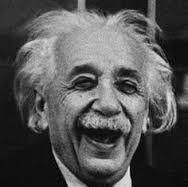 Building humor into the hard story gives the audience a chance to release the pressure. Election Night is full of really uncomfortable situations, and I don't pull punches or let the pressure release very often, but I do have moments when I say something that is genuinely funny and allows the audience to laugh with me as opposed to uncomfortable tense laughter. Laughing allows the audience to take that deep cleansing breath and lower the level of their fear even as my fear is still real. It gives them the chance to know that I am all right.

I try to make sure that there is enough context around each event so that the audience doesn't have this idea that my entire life is one long series of horrible events or that I am nervous every single time I talk to someone. The context allows the audience to walk in with me, understand what happened,  and strap in for the event. For example: 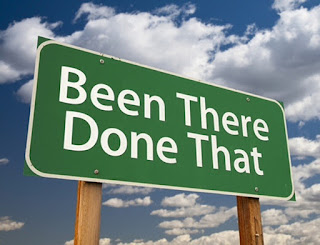 I was staying with a couple in Arizona and the first words out of the husband's mouth when he sees me are not, "Hello" or "welcome to our home" but "I'm a Tea Party Patriot and I bet I know who you voted for in the last election". There was no doubt in my mind this was going to be a really long week.

After I introduce this event, I add that we've all been in those situations where we've walked into something and we knew we were politely stuck and there was nothing to do but get through it.

Relating this event back to the audience's own experiences means they know exactly how I feel because they have been there and done that. It helps them keep their own feelings about their situation in their bodies as I relate mine. We are sharing a common feeling, they are not trying to imagine how I felt because they know. 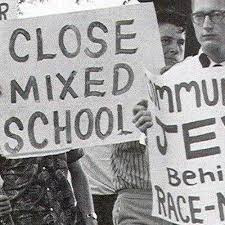 Since racism has a long standing place in our culture and societal structure, it is easy to put my various encounters into the background of our history. In the midst of an event I can break out of the main through line of the story and reference how African Americans used Brer Rabbit stories "in company" or when they were with "others" when I talk about this event that happened when a wealthy white man standing with his peers and me happened to say, "Well, if I come back again I hope I come back as a minority because that's clearly the way to go these days." 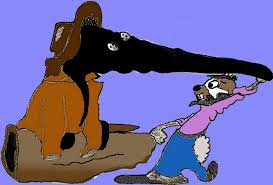 His peers were shocked because they realized he didn't even notice he'd said this in front of a minority. It was only after I responded that he figured out that he had used an "inside the group" comment out loud in what could reasonably be called "public". Open mouth, insert foot, wiggle toes.

So, what does that structure look like in practice?

Move on to the next event

I've been doing this so long, I don't really think about the structure of how these things are set, but this is how I do it.

Sometimes the transitions are funny, and sometimes they are dark or serious. Depending on the event, how the historical context is inserted and when we need familiar context might vary, but all of that is front loaded so that the event can unfold in a way that is cohesive.

In workshop mode, I try to find the places where the story doesn't work, or creates the disempowering kinds of tensions I don't want.

The biggest thing I try to avoid is the pity party.


So, I'll be telling Election Night out and about over the next couple of years.

Can't wait to see how it goes!

Posted by Donna Washington - Storyteller at 8:56 AM No comments: