Neighborhood Schools: The Good, The Bad, and The Frustrating 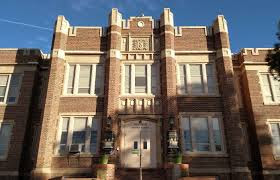 Did you go to a neighborhood school?

Did you go to school with all of the kids in your neighborhood?

Were your teachers also from that community?

Did you walk to school?

Did you take a bus?

Did you go to school with your next door neighbor?

What was the make up of the kids in your school?

I ask these questions because it seems to me that big sections of our country are de-segregating right before our wide open eyes.


My mother just turned seventy. She remembers being a kid in segregated Texas. She told me that she could not go to her neighborhood school in middle or high school.

Every morning she had to get up early so she could get on a bus. She would pass a number of schools before she got to the black middle school or high school in town. When desegregation came to Beaumont, TX and they started bussing white kids in order to integrate, parents were up in arms. 'Bussing' became a bad word, and it was fought tooth and nail.

My mom's amused reaction to this was, "We always had bussing. It only became a problem when it was promoting equality."

On the other hand, my mother went to a neighborhood school in elementary school. She attended school in a black neighborhood called The Bottoms. Every kid in the school lived in the same neighborhood, had the same experiences, knew the same basic things about the world, and reinforced the same ideas. 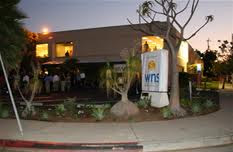 In March, I was in Delaware performing in the Red Clay school district. I went to a number of schools.

In one particular neighborhood school where the population was almost completely African American, the young man who was the proprietor of the 'technology center'-since they no longer lend out books to the children-and I had a long, interesting discussion.

He's starting his second year in this school. They are doing a program where they give the kids a free book every week instead of bringing them to library. The kids keep the books, and so build a library at home. The school does this because this neighborhood is poor, and they know most of the kids don't have books. 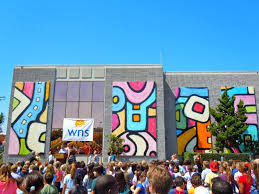 This young African American man and I shared stories of our backgrounds. His family travelled, and took him to museums, aquariums, camp outs and lots of other things. He went to a school that was not a neighborhood school.

He would return to school after spring break or the summer, and hear about his classmate's vacations. Some had gone to other countries, or experienced activities of which he knew nothing, and he learned a great deal from them. Their experiences opened up the world and exposed him to different ideas, and his experiences did the same for them. He learned about religious practices different from his own, family traditions that were interesting, and he had discussions with people who had different past experiences, and different life expectations. It changed his life in ways he could not even understand until he was older.

He lamented that the kids at this school never encountered anybody who didn't have the same background, experiences or even understanding of the world. They reinforced the worst elements of their neighborhood, and rejected anything that they didn't recognize because it was in a book or on a film and nobody they knew had any experience with it. For them, it was all fantasy, and did not reflect the real world. Up until he worked there, he hadn't really thought about how neighborhood schools could be a problem.

Our discussion reminded me of a school I visited in Florida. The school was near several really cool exhibits including a manatee center, some cool habitat tours, and lots of gorgeous hiking trails with marsh birds and nature tours.

The principal told me that they try very hard to get the district to give them funds to visit at least one of these easy to get to places once a year because none of these kids have parents who take them to things like that. Most of these kids don't leave the neighborhood. They are fascinated by the trips the school arranges. They never have any idea all of these things are within ten minutes of where they live. 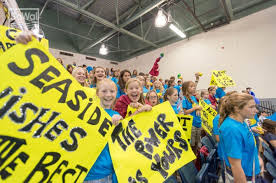 Across this country I go into more and more schools where only one ethnicity is dominant.  These students may not learn how to deal with people who look, sound, behave, or expect different things from life. They will not hear about experiences outside of their understanding of the world, and they will not spark others by showing them something different.

Unless your neighborhood is diverse, which many are not based on the parameters that constitute a neighborhood, then kids are being educated in an environment that doesn't resemble the actual country in which they live.

In some places nothing can be done about it because there is zero diversity in the area and unless they leave their community, they aren't likely to encounter anyone of another ethnicity anyway.

I have personally performed in places like this, and the audiences come expecting I've got two heads, or I'm going to do something 'black' or speak a different language. I'm afraid I'm sort of disappointing to many of them.

I remember a tale a good friend of mine told me about something that happened after she moved to Kansas City after having lived in Olathe, KS. Her family went to the mall. Her three year old saw his first ever black person in the flesh, stopped, stared and said in a voice that was both too loud and too articulate.


I'm happy to say Shaun met lots of different kinds of people at his new school!

All of this has been sitting in my body for a while. I've been noting how many schools look as if they are actually segregated.

It begs the question, "Does it really matter? Does meeting different kinds of people in your early years really make that much of a difference?"

In 2015, Justice Antonin Scalia of the Supreme court was listening to arguments about the necessity of making sure that our universities remain as diverse as we can make them. There were a number of things said during these proceedings that were pretty awful.

At one point Justice Scalia suggested that African American students should go to slower Universities because 'they' weren't up to any rigorous standard.

For Scalia, African Americans are a monolithic block of people who can mostly be classified the same way. This opinion, sadly, is accepted by far too many people.

That, of course, is distressing, but these two questions from Chief Justice Roberts brought home to me the true importance of having a diverse population at an early age.

"What unique perspective does a minority student bring to a physics class?" Followed by: “And I’m just wondering what the benefits of diversity are in that situation?” 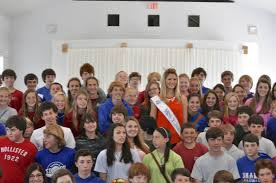 The backlash to the above comments were swift and furious.

We learn by being around people. We learn not just their names, or what they look like, but how they live, what motivates them, where they go, how they experience the world. Our understanding of who they are changes our perspective on the world, and opens our minds and eyes to a richer reality.

The more diverse our encounters at a younger age, the richer our understanding of ourselves, our culture, our neighbors, and some of the myriad of possibilities this world offers. Demystifying the unknown is a powerful tool towards making the society we live in work more cooperatively.

I understand the motivation behind neighborhood schools. Your kids will only go to school with kids they know. You usually have lots more control in neighborhood schools, and it reflects the tax base of your community, which might very well be why you bought that house in the first place. It is frustrating to buy a great house, in a great neighborhood and find out that your kid is going to be bussed to a less wonderful school than is in your lovely neighborhood. I get that frustration.

I'm not saying all neighborhood schools are terrible.

Some neighborhood schools are very diverse. Some are great at helping students learn about the world. I've been in some schools where you look out over the population and it is a melange of lots of different kinds of kids from all over the world. I've seen others that look like a casting call for one particular type of person.

So, what's the answer?

I believe that there is a benefit to being around a diverse group of people.


Hearing different people's stories, finding out how those stories interact with yours, and learning to respect their stories is a powerful tool in the learning arsenal.

That, just in case Justice Roberts wants to know, is the benefit of having a diverse group of people in a physics class...or any class for that matter.


Posted by Donna Washington - Storyteller at 6:47 AM No comments:

Have you been thinking to yourself...

'Boy o howdy, I sure would like to go to the National ASSOCIATION OF BLACK STORYTELLERS (NABS) conference and festival in Philadelphia, PA – November 2-6, 2016. 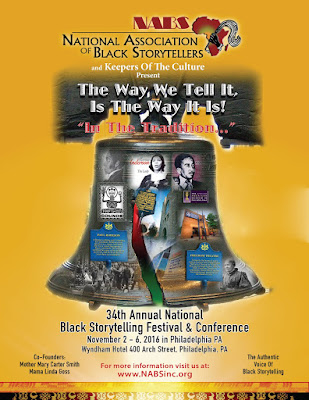 I'll bet it will be amazing!

I'll bet there will be great performers! I


'll bet there will be interesting sessions.

If you have been thinking these thoughts, well, you are correct!

It will be amazing!

There will be great performers!

There will be interesting sessions!

Well, worry not! Funds are available.

The National Association of Black Storytellers (NABS) is offering the second annual Cowtail Switch Scholarship to young adults interested in learning, developing, and using storytelling in their respective community. 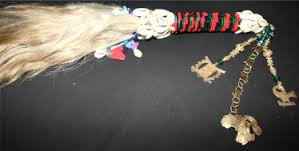 Winners of the scholarships will be mentored by others at the National Association of Black Storytellers Festival and Conference. Information about the conference may be found on the NABS website (http://www.nabsinc.org).

Terrific! But who can apply for these funds?

-This will include workshops, Opening Gala, Circle of Elders, Zora Neale Hurston storytelling concerts and other storytelling programs within the Festival, and the closing Mama Linda Goss Spiritual Breakfast.

So, a completely free ride?

Additional Requirements
Must provide own transportation to/from conference
Must pay own meals that are not included in registration
Must pay for all incidental expenses (parking, etc.)
Must be willing to work as a volunteer during the conference and meet with NABS Leadership. Winner(s) will be asked to complete an evaluation, to provide ideas for attracting future Cowtail Switch Scholarship recipients to the NABS festival, and to write a letter to thank scholarship contributors.

How many people are going to be able to take advantage of this opportunity?

All right, so how do I apply?

Application Process
Please provide the following information via email or U.S. mail: Name, Address, City, State, Zip
Telephone Numbers (home and cell)
Email Address
Employer/Job Title or School/Year
Date of Birth
Storytelling experience (either telling or listening)
Answer the following questions:
1. Why are you interested in attending the National Association of Black Storytellers Festival and Conference?
2. Have you ever attended a NABS festival? If so, what years?
3. What do you hope to gain by attending?
4. How can storytelling be used in your present or desired line of work?
Email your application letter to: sanwbush@gmail.com, or mail your application to: NABS Cowtail Switch Scholarship Committee, c/o Sandra Williams Bush, PO Box 452, Amherst, NY 14226.
APPLICATION DUE DATE: May 28, 2016 (postmark date)


Happy Conferencing!
Posted by Donna Washington - Storyteller at 4:35 AM No comments: