After the Civil War, he was freed from enslavement. At the age of fifteen, Baker started working with wagons and the linchpins he repaired sparked his interest in mechanical sciences.

He became yet another African American inventor who was a self-taught mechanical engineer.

The thing that fascinated Baker was friction.

Friction could produce heat without any need for an outside heating source. it made him wonder how one could harness this process.

What Did He Invent? 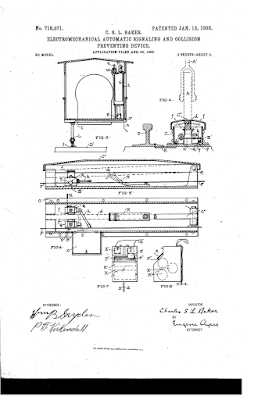 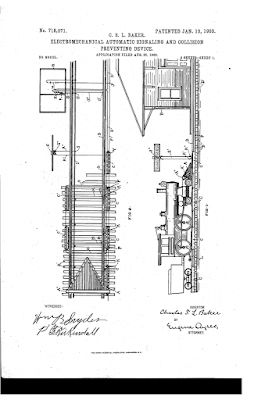 Source for the images

After creating and patenting this device, Baker and a few other men opened a company called The Friction Heat & Boiler Company. Baker sat on the board of directors.

In his day, Baker was a well-to-do, famous man in his hometown. The small business that he and his friends ran was reportedly very successful.

I found lots of municipal records of The Friction Heat and Boiler Company, but nothing more about it.

I did find a death notice for Baker.

Charles S. L. Baker, widely known St. Joseph negro inventor, died Wednesday at the home of his daughter, 1712 Messanie street. He is survived by the daughter, Mrs. Belle Hardy, he is survived by two sisters, Mrs. Ellen Sherrell and Mrs. Samuel Todd, St. Joseph. The funeral service will be conducted Saturday at 2:30 o'clock p.m., and burial will be at Savannah . . .

I considered not including Baker in this list because to my knowledge, nobody is using this friction radiator that he created, but he claimed it was cheaper to run than the radiators that were in use in homes of the time. That radiator, the one that is still in use, was created by Franz San Galli, a Prussian born inventor.

There was a journal called The Draftsman that looked at inventions. It has not been in print for a long time, but follow that link and you can get a copy of it if you really want to read what must be a real page-turner of a book about inventions in the early 1900s. There was even a review of Baker's radiator.

"Mr. Baker claims that the particular mode of power used in creating the friction is not essential. It may be wind, water, gasoline, or any other source of energy. The most difficult part of the inventor's assertions to prove is that his system will light or heat a house at about half the cost of methods now in use." The Draftsman 1908