The Language Of Poverty: Reframing That Story

I remember one of my first teaching experiences when I was a young teaching artist in Chicago. I was in a school in an impoverished neighborhood. In one of my classes, a kid lost a dollar bill. I made an announcement that if anyone found it, it belonged to this child.

Not five minutes later, a child found the dollar bill and announced he'd found it, and was going to keep it. I pointed out that we knew who it belonged to and he should give it back. He refused.

I asked, "If you'd lost a dollar, and someone found it, wouldn't you want them to give it back to you?"

"Then return the dollar to her."

I don't remember how that ended. I believe the teacher got involved and it was a mess.

I taught in several impoverished schools that year. I realized something.

I was not an appropriate teaching artist for this population. I didn't understand these children. I didn't know how to reach them. I didn't know what I should be trying to achieve. My lack of understanding inhibited my efficacy in their learning environment.

I understood that a different approach was needed, but I had no idea what that should have been, or how to make that happen. My concern was that I could be doing damage. I certainly felt that I was, and there was a teacher who let me know in no uncertain terms that she thought I was.

That was twenty-eight years ago.

I perform in schools in impoverished areas all the time. I do workshops with kids in those schools, but I haven't taught any residencies in them.

This morning, as I went through my daily news input before getting down to work everything stood still.

I read this article in Newsweek and watched the short clip about educational outcomes.

My brain, as it often does, went a bit nuts after ingesting this information.

Disclosure: The article is long but worth the read.

The Findings? People who are exposed to long-term violence, privation, malnutrition, toxic pollution, danger, and or abuse from childhood have less developed brains. They have poorer problem-solving skills,  less empathy, more impulse control issues, and a whole host of other cognitive processes that make functioning in our society difficult.

The story that unfolds is more about how this one girl manages to overcome the neighborhood and the violence and fear that surrounded her to head off to college.

The key seems to have been her parents working hard to make sure that despite everything around them, they kept their girls as safe as they could, and away from the world on the other side of their walls, and a single teacher who encouraged and supported her.

In her discussions about her life, the words 'safe' and 'warm' came up over and over again. She had places where she was okay, and she could still the fear. Those islands gave her a chance for a better life.

One of the points the article makes is that it isn't enough to work with the children of poverty, we must also work with their parents.

One of the takeaways was a fear that certain demographics in our country would be demonized because of this study, and a new Eugenics push could be spawned.

The biggest point the article makes is that we need to fundamentally rethink how we educate, interact with, and help people who live in poverty.

The private infrastructure we have now is not so much about helping people in poverty as it is about taking advantage of some of the problems, and pointing in confusion at others all while saying 'We Need To Do Something!' without having a clear idea of what we should do.

The public funded elements of helping people in poverty are sometimes fueled by misinformation, ideological disagreements, and outright harmful decisions. Our government often tries to balance its budget on the backs of the poor and disenfranchised.

Our country and the world at large are fraught with situations of our own creation that ensure a segment of our population is going to struggle to find a productive place in our civilization.

Environmental injustice
Violence Against Women
Child Abuse
Homelessness - Link to a post I did about telling in an affluent school and then one that serves homeless children in the same week telling the same stories.


So, I looked at the article. I considered all of the things I've read in the past, and the work I've done with so many children and it leaves me still.

I am trying to be empty of these things so I can think. I am waiting for there to be clarity so I know how to go forward productively and without bitterness for what we do to each other every day, and what I must continue to try to do on whatever small scale I can.

The realities are daunting.

The answers will be financially painful for some, and they will fight tooth and nail with very deep pockets to keep this system in place.

The answers will be uncomfortable for some, and they will deny them for everything they are worth loudly and with giant megaphones.

The answers will require a profound rethinking of how we educate our children, and that will require a revamping of everything from grad school to how we train our educators, and there will be those who claim it won't matter. 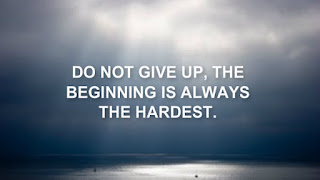 We have so much work to do.

Do we as a creature have the will to do it?

I don't know, but there are things of which I am sure.

This is why politics matters.

This is why how we fund schools matters.

This is why what we teach our children matters.

This is why we must show our children positive images.

This is why we must continue to tell stories...even the hard ones.

Happy Taking It One Story At A Time.

Posted by Donna Washington - Storyteller at 9:10 AM