Crafting 101: There Are No Little Characters... 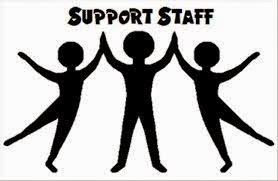 There is a difference between crafting a story and just getting up and telling one.  Pretty much anyone who isn't afraid of speaking in public can get up and tell a story of some kind.  We share stories at weddings and funerals.  We share them during worship services, and amongst friends.  We share them on the radio and television.

In this series of Blogs, I will look at a single story, and show the process I use to get from my first exposure to a tale all the way to the finished structure.

This is the fifth entry in the series.

The Pot Maker and The Tiger - The Story


In the last installment of the series, I focused on the animals that appear in the story.  This post is about the human secondary characters.  They appear in the margins, do a little something, and then disappear.  They are the background music of your story, and they have their part to play.

The biggest problem one can have with the support staff in a story is creating a character that is so intriguing he or she actually takes over part of the tale.  This is not an uncommon problem, but with a little crafting, you can avoid it as much as possible.

What am I talking about?  Ask yourself some questions:

Have you ever gotten to the end of a story and found yourself wondering what happened to one of the characters who was not a main part of the story?

Have you ever gotten to the end of a tale and found yourself far more interested in some almost throw away side plot instead of the main thrust of the tale?

Have you ever finished a telling and had a large part of the audience ask about some character who should have been an afterthought?

If you encounter any of these things, then chances are one of the support staff has moved out of its proper place and into the limelight.

This happens all of the time in story lines.  Sometimes characters who are supposed to be support are just too darn interesting.  In film, written media and television, when characters become too fascinating, it is possible to just spin them off on their own.


Here are some support staff who went on to star in their own stories: 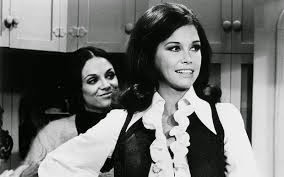 The Mary Tyler Moore Show saw a number of its support staff turn into main characters.  Rhoda and Lou are just two of them.

George ended up in a deluxe apartment in the sky

I never got into this one, but it does count 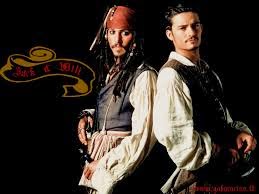 Jack Sparrow ended up in his own movie.

Your job as the crafter is to make sure that your support staff doesn't take over your story.  They shouldn't be nagging at the audience.  Their part in your story should be clear, and wrapped up in some way that is satisfying, otherwise, they will haunt the story and the audience.

So, let us consider the support staff in The Pot Maker and The Tiger.

The old woman in the leaky house.

She's been alone for ten or fifteen years.  She hates the dripping.  She hates it with the heat of one thousand white hot suns.  She either can't or won't move, and perhaps this annual fight with the Monsoon gives her a perverse  sense of purpose.  Either way, when she starts talking about the coming of the dripping she is crazed.  Fun, and over the top, but not something anyone is going to ask about later.

The neighbors who gather at the front porch, at the factory or in the pub.  A nameless, faceless mob who can be spoken of as one without bothering to delineate any of them.

'They don't believe his stories, but find them entertaining'.
'They are beginning to believe his tales'.
'They stood there gawking at the tiger'.

His wife, well, we've spent lots of time working with her, and she can be either a support staff, or one of the main characters depending on how you decide to work it. 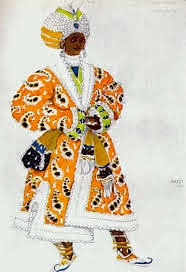 I haven't really spoken much about this character.  He's a ruler.  I plan to give him a commanding sort of voice.  That is not my only option, of course.  I can choose between having him be a caring sort of person, a thoughtless sort, or a coward.  Any of them would work, and it wouldn't matter one way or the other aside from the business the Rajah has to engage in during his two brief scenes.  You could make him silly or serious, the choice, I think, must be the teller's. 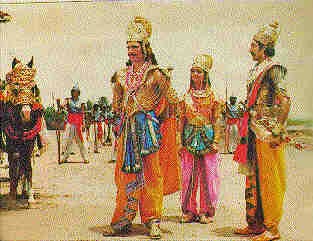 He's amassing a giant army.  Check.  I will have him kill the royal families and take the young men for his army when he invades.    I don't think he's actually going to say anything.  In fact, the only time he really enters the tale as an interacting character is when he sends the polite note explaining that he has no interest in bothering with the kingdom.

The Generals of the Pot Maker's Rajah are generals.  Concerned for their homeland and their ruler.

The soldiers in the warlike Rajah's army are mostly conscripts, and they break and run when they begin to imagine what sort of terrible army must be coming at them if the scout is mounted on a rearing horse with a tree over his head.

I think that covers everyone.

These characters will have flashes of either big humorous actions, or they represent large groups who act and behave as one.

It will not be hard to keep these folks in the background unless I do something foolish like giving the Rajah a character and backstory that he does not need to further the plot.

So, I will not be developing these guys very much.

I will admit, however, that at one point during the stage where I was considering how to introduce and present these characters in the tale, I got sort of side tracked with the pot maker's Rajah.  I took him to pretty far lengths, and then decided that his story was neither compelling nor needful.

All right.   Now I've finally gotten all of the pieces of the tale thought through.  It is time to start putting it all back together.

The next part of this process is the pacing and the beats in the tale.  Time to put it together and see how long it is, whether it is ponderous, what accents I need to add or get rid of or expand.  I also need to add the transition language, figure out how the story flows from event to event, and make the story smooth in the telling.  That requires telling it from one end to the other as I get ready to roll it out for its very first audience.

We are down to our last two posts in the series!

The next post is going to be about assembling the pieces.

Posted by Donna Washington - Storyteller at 8:30 AM

Email ThisBlogThis!Share to TwitterShare to FacebookShare to Pinterest
Labels: All In The Family, Lou Grant, May Tyler Moore, Rhoda, Scooby Doo, Scrappy Doo, Support Staff, The Jeffersons, The Pirates Of The Caribbean