Tales From The Trenches: Telling It In Schools

Telling stories in schools is not for the faint of heart.  After twenty-seven years of touring and telling, I still have days where I see things I have never seen before.

Sometimes I don’t think you could pay me enough to do what I do, and other times I really ought to be paying the school because I learned so much from their students.

All of these things happened this week….

I worked with kids who have never had an assembly at their school, and not only did they not know how to behave, they didn’t even really get the concept of what we were all doing there for the first ten minutes.  After that, they settled in and were mostly quiet.  They stared at me in confusion for a big chunk of time, but they did listen.  By the end, I think most of them decided they enjoyed the storytelling.  Either way, the sixth graders waved at me like three year olds when they saw me in the hall as I walked out of the building.

I encountered kids who clearly go to the theatre all of the time as well as symphonies and opera, and asked cogent questions about what sort of art they would be watching.

After a particularly difficult show with third through sixth graders, a fifth grade group came into the gym as I was packing, and asked if I’d tell them one more story before class started.  Taught them Johnny and Suzy thumb.  They were over the moon.  The gym teacher didn’t rush them.  In fact, he stood there grinning the entire time, not even caring they were eating into his class time.  Score.

One school informed me that their lunchtime started about ten minutes into my set, and they were going to have to take a couple of classrooms out of the assembly at that time.  Oh, and after that, every five minutes another group was going to have to leave.  That wasn’t going to be a problem, right?

At another school, all of the work I do tying the stories into character ed was for naught since not a single teacher attended the set, and only one person stayed behind to monitor the kids.  The kids were good, of course, but half of the assembly is lost when there is no chance that the teachers can do any follow up at all.

I got an unanticipated, spontaneous standing ovation from a first grade class.  First time in my life six year olds have given me that sort of response.

Had an arts representative pre-book me for the following year before I left the building.

Had a principal tell me that she didn’t care how close we were to the dismissal bell, she wanted me to tell one more story…and I did.

Worked in schools where the audience was attentive and it was easy.

Worked in schools where the audience had to be convinced that watching was worth their while, and I earned every penny.

Did I succeed in all I wanted to do?  Nope.

Did I share an arts experience with lots of kids?  Yes.

Did I have some fabulous sets that were absolutely perfect, and I felt like a magic person when I left the building?  Yes.  As I always say, sometimes things go well, but every now and then I totally rock!

Did I touch at least one kid’s imagination or spark of creativity in some very important or special way?  Who knows?

Did I convince one kid that if they have a dream that is big enough they should follow it?  I hope so.

Either way, here are some simple rules of thumb I follow that have served me well.

1)   Record the stories you tell in each venue.   You can either use your computer, or some kind of diary. (I save the information in an EXCEL spreadsheet.)  I know that some tellers use journals, but I’m too prone to lose something like that.  I type in the name of the school, the year, the month, grade-levels I saw, and what I told them.

2)   Because I see many schools multiple years, I have also put together some story sets that last exactly 45 minutes.  They are prepackaged stories, and I’ve divided them into ‘set years’.   So, the first time I visit, your school gets this set, the second time, a different set, and so on and so forth.  It means that I can control the time as well as having stories that I know work well for different grade levels.  I start the rotation again after about four years.

3)   Know that sometimes your set years aren’t going to work because of unanticipated events.  i.e. ‘We’ve decided to add the sixth grade to your K – 2 assembly, that’s all right, isn’t it?’  So make sure you have other alternatives, and be flexible!

4)   Be very polite to the office staff and the custodians.

5)   Ask about the school before you begin.  Find out if there is anything the students are dealing with, or if there are any concerns the staff might have.  You should also find out what the staff members consider their strengths.  As you tell, consider the things they’ve told you, and you can work their concerns and strengths into your stories.  I also ask about reading levels and what sorts of things the kids like.

7)   Carry hand sanitizer with you because kids want to touch you and there is no telling where their little hands have been right before that. 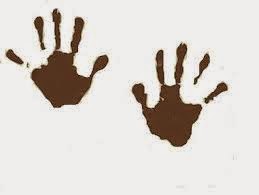 9)   Don’t be afraid to call out a kid who is misbehaving.  If the teachers are really focused on you, they won’t necessarily be paying attention to the kids.

So, eight elementary schools in four days, and tomorrow I begin a tour through middle schools that will last through next Friday.

The work is challenging, interesting and soul satisfying.  Oh, and you can get paid to do it! 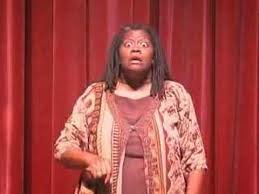 It doesn’t get better than that.