TV Head Audiences: What Are They and How Do You Crack Them?


There is a very odd thing I see in audiences.  I spent the first part of my career looking at it and trying to understand it.

What am I talking about?  I call them the TV Heads.

TV Heads have obviously spent lots of time in front of a screen where their behavior has zero effect on what will happen during the course of the time they are plunked there.

They have been trained to sit and stare at 'entertainment' without registering anything.  They are staring at you, and it looks like nobody is home the same way they stare at screens that are not video games.  You may have encountered this phenomenon.  Most audiences have at least one or two.

If you turn off the television while one of the TV Children is watching, they will complain, but may be completely unable to tell you what they were just watching.

Combine this with a situation where they do not often see live performers, and you end up with  an odd combination of behaviors.

Many years ago I did a show in a library in Miami that serves a low income community.  There were metal detectors and an officer stationed at the door to the community center in which this library was housed.  The meeting room filled to bursting with family units, elders who'd come alone, and unaccompanied children between the ages of seven and ten.  In the back of the room was a table covered with cookies, snack bags of chips and cold lemonade.

With few exceptions, this inter-generational audience stared at me in blank silence for the entire performance.  I was working as hard as I could to get some kind of response, and it was not forthcoming.  It was the longest show of my entire career as a standing room only crowd made absolutely no sound, didn't smile, and barely applauded between the stories.  When it was thankfully over, the bulk of the audience turned and made a mad dash to the treats that were on the table in the back of the room.  Clearly they had come for the free food, not the stories.

I sank into the chair covered in sweat feeling both defeated and a bit like a zoo exhibit of an odd animal that nobody could identify.

The librarian came up to me and said, "That was wonderful!"  I thought she was being polite.

Then, a woman in the front row who had nine stair step children came over to me with her youngest in her arms, bent down and whispered, "We never leave our house.  This is the first time we have ever come to the library.  We will come back."  She gathered her stairs step children...who walked in descending order  of height after her, and left in complete silence.

Cookies and punch in hand, children rushed the stage to share how much they enjoyed the tales.  Adults did the same, smiling and waving as they left.  At the time, I had no idea what had just happened.  Apparently, they'd spent forty-five minutes watching some kind of video together.  You're not supposed to make any noise at the movies.  It's rude.


How can you identify TV Heads in your audience?


1.  No affect - TV Heads tend to have very blank faces when watching something.  They don't smile or laugh or frown.  The idea that their expressions will have some effect on what is in front of them is foreign. 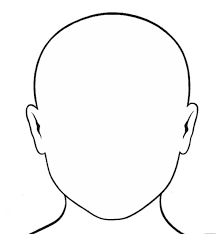 2.  Face on hands -   Fists or hands on their faces such that it would be impossible for them to speak.  They are not in any position to actually participate in the activity at hand.

3.  They are in their living room - These audience members treat you like a video.  They sometimes maintain a low buzz of conversation the entire time to you perform without understanding that their behavior will have any impact on you.  I've had kids get up and come and stand right in front of me while I'm telling.  They are not being rude...well they are, but actually all they are doing is behaving the way the would if I were a television.

4.  Lack of Participation - These audiences are completely oblivious to the interacting elements.  If you watch Dora the Explorer, you know that whether or not you participate with that cute little brown cherub, she will continue on as if you did.  These audiences are so busy staring they often participate a beat behind, or they only partially engage their bodies even though they are paying attention.

I am not saying they don't enjoy the event, they do.  They are just having trouble bridging the gap between what they are used to and what they are experiencing.  They might not make any sound at all the entire time, and they may not crack a smile. 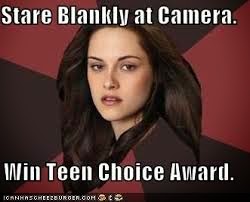 So, how do you get the TV Heads to fully participate?  You have to work it.

1.  Begin the telling by asking questions of the audience.  ex.  "How many of you have parents who yell?"  This sets up the behavior you are expecting, and it will help some of them start less passively.  This also builds rapport, and gives everyone a place to begin.

2.  Check in with the audience during the set and allow for their input to help shape the stories every now and then.  ex.  "Does anybody know what animal ham comes from?"  (My favorite answer to this one was lion.)  Checking in with the participants makes sure they are still with you, and assures them that even though they are watching, their participation is still part of the event.

3.  Come up with questions that relate the story back to their current lives.  example:  'How many of you have ever been dared to do something you know you are not supposed to do?"  This is one of those, 'just raise your hand' moments.  This might occasion the listeners to turn to someone next to them and share a quick story or even a word or two.  Allow for the bit of chatter before you go on with the tale.  Helping the audience put themselves in the middle of your story makes it personal for them.

4.  Find humor in the things they do.  "How many of you know a boy who falls out of his chair for no particular reason?  Don't point, it's not nice!"  Allowing the audience to laugh or point at themselves or acknowledge that they are living in pieces of the tale in the moment keeps them actively engaged.  They might go back to sitting passively after the moment, but usually they retain a bit of a smile.  That expression is better than the blank one!

It doesn't work with all of them, and we all feel keenly the ones we can't reach, but these steps give you a good chance!

The more you can get audiences to rethink what their bodies are doing, keep their brains working in the moment, make them contemplate things going on in their lives, relate to the people around them, and encourage them to play with words, images, and sounds the better chance you have of reaching the TV Heads.

Posted by Donna Washington - Storyteller at 7:29 AM