Antonio Sacre - Can I hit my child with a Chancla to get him off the playground? How parents can use stories to make difficult transitions slightly better.

My 4-year-old son will not leave the playground. Nothing works. My calm voice, my “happiest child on the block voice”, the “1-2-3 magic” counting trick. Cajoling. Pleading. Appealing to reason. Threats. I’m watching all the other parents on the playground watch me, compassionate, smug, and fearful that their own turn for the public shaming of being “The Worst Parent on the Playground” is fast approaching. 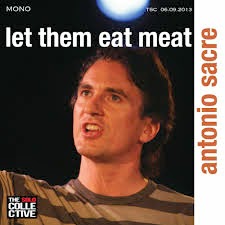 How did my mom get us off the playground? Oh wait, I was raised in the 1970s, my mom was nowhere to be found. We came home when we were hungry and the street lights lit up the suburban sky.

How did my Cuban grandmother do it? She should throw her chancla, her slipper, out of the window, and like some magic boomerang, it would travel through little Havana in Miami to the playground, hit me and my two brothers on the head, and return to her hand in one second flat. She’d put it back on her foot and continue cooking, and we would sulk home through the Miami humidity. 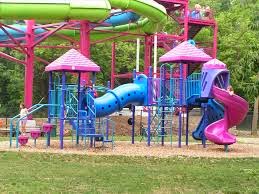 I think, can I just leave my son and tell him to come home when he’s tired? It’s only three blocks through our neighborhood in Los Angeles that is patrolled nightly by helicopters and frequently tagged with graffiti. He’ll be fine.

And then, like my abuela reaching from beyond the grave with a spectral chancla, an idea hits me. Tell him a story. I am so rattled and embarrassed that I can’t believe I didn’t think of it until now. 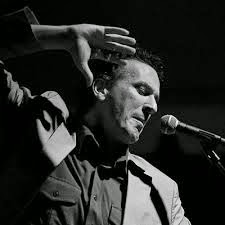 Yes, I am a professional storyteller, and have been for 20 years, but in this moment, I’m a frustrated dad, looking for a life-line, and before another parenting technique I’ve learned from some well-meaning and well-written parenting books escapes my lips, I get as close as I can to the whirling, sweaty mass of humanity that my son has become and I speak the magic words.

My son slows for a second and his eyes lock in on mine. A tiny window opens, precariously, hovering, expectant.

I have 50 stories in my repertoire that I can pull out at any time for any audience. I can tell stories for 12 hours and never repeat a story. I know folk tales, myths, legends, histories, jokes, riddles, dichos, tall tales, personal stories, magical stories.

And it this moment, it’s all gone. I can’t think of a story or a character or an archetype to save my life. Three little pigs? Gone. Hansel and Gretel? Juan Bobo? Lazy Jack?

His eyes flicker, he’s looking at the slide and the swings and the tree and his friends and the sand box, and it’s way, way past bath and dinner time, and now his bed time is in jeopardy.

My grandmother hits me with another chancla, and I remember the lesson I just taught to 4th graders a few hours before, when my life was good and calm and I was competent and sane.

“Most stories have four elements: people (character), place (setting), a problem (conflict) and a solution (resolution).” I even wrote it on the board.

And I say to my son, before he can escape, “Once upon a time, there was a 4-year old boy, at the park, who didn’t want to leave. And then, something amazing happened.”

If someone were to give me a million dollars in that moment for the next sentence in that story, I would not have been able to answer them.

But my son says to me in Spanish, “Daddy, what happened?”

And I say, “Mi’jo, I’ll tell you what happened on the walk back home.”

He eyes me for a long, long three seconds.

And then, like magic, he grabs my hand, tugs me in the direction toward home, and in a sweet, angelic voice, like nothing at all has transpired on the playground, he says, “Daddy, what happened?”

In the few seconds it takes for all of this to transpire, all of my story memory floods back, and I take one strand from one story, one character from another, and the story gets us through a quick bath, dinner, and on to bedtime books, only an hour past his normal bedtime. 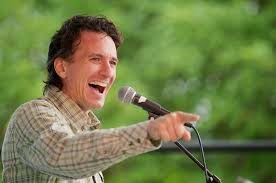 1.            Character: choose two of your favorite family members, living or passed. Have them talk with a voice you miss or one that you love, even if they didn’t sound that way.
2.            Setting: put them in your favorite place to be when you were the age that your child is now.
3.            Problem: have them want something your child wants: one more minute on the playground, another scoop of ice-cream, whatever it is you are dealing with, but adjusted for the time period. For example, they don’t want to play on their iPad, they want to play kick the can again.
4.            Have them not get that thing, but get something surprising or silly or wonderful instead.


Does it always work? Of course not. That’s what chanclas are for. But when it does work, it’s magical.

Antonio can be found in many places.  Here is a fabulous video series he did about storytelling.