Nightmare Gigs: A Story From The Trenches

There are few things worse than blundering into a performance situation that is annoying or horrible.

We all have types of shows we won't do. For every performer who runs screaming, another would do the venue at the drop of a hat.

Either way, if you agree to the terms, you show up and do the job.

Over the years, The David and I have gotten very good at asking the right questions to make sure that I am not walking into a situation that will prove aggravating at best, or downright infuriating at worst.

He tries to avoid situations where I am not graceful. There are situations in which I am really not graceful.
Twenty years ago I was asked to tell at a festival for a school.  It was called 'Viking Days' or something like that.
They didn't offer much money, but I was new to the area, knew a family who sent their kid to the school, and thought it would be helping them out of a tight space.

The school was a deep-pocketed academy, and I think I had it in my mind that this exposure might turn into a good gig down the line.

I arrived to find a 'story room' on the other side of the building, away from the festivities. They'd hired me to tell for an hour and a half straight to whoever just popped into the room.

I realized a couple of things at that point.1)  This was not a great venue for a performer2)  I needed to voice to someone that if they wanted a story room like this they should just get parents or older kids to read in there and not bother to get a professional storyteller.

They didn't even need anything particular.

A quiet room with a storytelling recording or even soft music playing would have been fine.

This was a time-out room from the 'fun'.

If your kid was on the verge of losing it after partying, this was the place to take them.

A live person dealing with the sporadic, often toddler aged, mostly unaccompanied random children, who popped into the room over the course of the hour and a half full of sugar, with swords, hats, tummy aches, adrenaline, and meltdowns from being way overstimulated was crazy.
I am usually pretty even-keeled but as my time in that tiny room stretched towards infinity, I became extremely annoyed.

I compounded my first mistake of taking a gig without getting the details with my second mistake because I can be a stubborn, grumpy, whiny thing when I get really annoyed.


I talked to an organizer at the event instead of going home, thinking through my response and sending an evaluation of the experience.
The next year, I got an unintended note. One of the organizers had sent an email to the committee, and I was accidentally cc'd on it. She's good, but she is high maintenance.  She was upset about something last year, but I don't remember what it was.  You can contact her and see if she'd do it again.
I had two choices.

Either I could let them know I had been cc'd by mistake, or I could just listen in to the rest of the conversation.I chose the first.

I sent out an email to the entire committee. I let them know what my concerns were, gave them suggestions for better activities in that room, and told them that the fee I accepted the year before was very reduced and wasn't a reflection of what a professional performer usually needed. I apologized if I'd been disruptive the year before, informed them that I didn't want to do the event again, and wished them luck in finding an appropriate experience for that room.I have no idea what the upshot was.

It doesn't matter, the point is, I made a poor showing of myself with them.So, here are some quick, but obvious tips...

1. Make sure you know the venue, what you are expected to do, and who is the expected audience to the best of the organizer's ability.

2. Make sure you get a contract.

3. If you have suggestions or concerns about the venue once you arrive, do the show as long as it is both safe and possible, but wait until afterward to give them an evaluation if you feel they could better meet the needs of a performer and audience in the space.

4. Sometimes people hiring you know exactly what you do and how to fit it into their programs and sometimes they don't. Don't assume. Discuss.

Good Luck Out There.

Happy Telling!
Posted by Donna Washington - Storyteller at 8:24 AM 6 comments:

What Does It Mean To Be A Successful Storyteller? 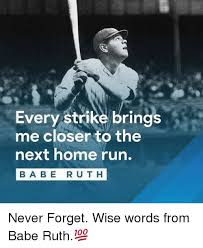 Storytellers tend to feel it when we hit it out of the park. When we leave a stage or a classroom after having been incredibly successful, we can feel it all through our body. There is the energy, the excitement, the lavish praise, the joyful expressions and the contentment

Alas, not all events are that successful.
Sometimes we leave and we feel like we did a good job, but something was missing. Maybe things didn't land the way we hoped they would. Maybe we feel like it was good, but didn't rise to great.
Sometimes we leave and it seems we did an adequate job, but there was nothing that made the experience stand out.
Then, there are those shows where we feel like a train hit us on the way out the door. What happened? Why didn't the story or stories connect? What went wrong?
When I was at Northwestern, Jay O'Callahan came to visit. He is a remarkable man who danced and told his way through one of my all-time favorite original tales called The Herring Shed. When he was finished, I was exhausted and in love with the images dancing in my head. It was obviously magic.


My first set watching Jackie Torrence perform Brer Rabbit tales was beyond amazing and I sat there watching Brer Snake tempt that possum while laughing my fool head off and drinking in the sound of her voice. I never could have imagined anything so breathtaking as being part of an audience with her at the helm. I could actually feel the magic.

I wanted to hit the stage someday and be that magic or as close to it as I could get. I wanted my audience to be that spellbound and joyful when they left me. For a long time, I worked to achieve that. Only, in my eyes, when I became a magic person, would I be a successful storyteller.

Unfortunately, there are no manuals about how to create actual magic. There are no books that explain how to actually turn dross into gold or any other useful thing. I suspect that it is this underlying quest for the keys to magic that has forced me to spend so much of my adult life researching storytelling and the human brain.
Many years have passed since those early days of youth and ignorance, and I've seen many storytellers and told many tales. I've worked to refine and challenge myself as I learn and work with audiences.

I've had magic moments and moments I hope to never relive.

In the end, I've figured out what success really means to me.

Success for me means I look at each audience and give them what I have. I also strive to meet them where they are. I hope they have a good time. I hope they get something fun out of it. I hope I learn something about humans or literature or nature or how people think or how to time something in a story. I hope I get just an ounce better each year. If you are not growing, then you are either atrophying or dying. Learning is the only thing that makes us better.
Sometimes I miss the mark entirely and the stories don't sing. I dissect the choices I made and debate what I might have done differently. If I learn something that helps me in the future, I succeeded.


Sometimes I partially miss the mark, and the stories limp through. I look through the stories to see what worked, what didn't and what I could or didn't do to help. Sometimes the problem is I stand in the way of the story. If I work out some bit of business or figure out a way to make something transition more smoothly, I succeeded. 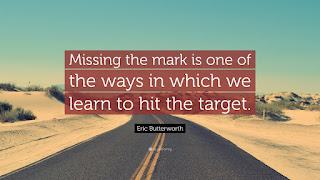 Sometimes I do a credible job of giving what I've got and we all have a good time, but not a transformational moment in any way shape or form. I look through those shows and see what can be learned from the interactions with the audience and the amount of animation or energy I threw off during the set. If I can find anything at all to work on, I succeeded.
Of course, every now and then, I manage the thing I always strive to do. Every now and then, I am able to apply all of those things, those hopes, those techniques I spent my life practicing, the audience is hungry for the stories, the situation is perfect and I float into that sweet spot and we make magic.
The magic happens, but I was wrong about where it occurs. I thought it came off the storyteller, but the truth is, it comes through the storyteller. We are brilliant when we are conduits.
Jay O'Callahan is a magic person to me. Jackie Torrence's magic changed my life and instructs me as a storyteller even unto this day.
As for me, I feel like I've got a handful of magic beans and every now and then, I manage to plant one.

There are many ways to measure success as a storyteller. I have learned to settle for learning, striving, trying and never getting knocked down for good even when I am discouraged.

I make my living as a storyteller.

In that, I am succeeding.

Happy Telling.
Posted by Donna Washington - Storyteller at 8:32 AM 2 comments: