White For A Black Girl: A Short Observation About Skin Color 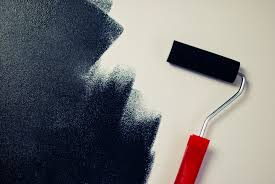 ....The first time my blackness was challenged was by black children in Beaumont, Tx. I went to school with lots of military children. They were every hue, and from every corner of the world. We didn't know the world we were part of was not usual. The black children in my grandmother's neighborhood told me that I 'talked proper' like a white person. I had absolutely no idea what they were talking about in those days. All I understood was that I was 'outside' and somehow different, but I didn't know how.


....I spent my elementary school years in South Korea. In middle school we moved back to the USA. The white kids told me I wasn't like 'most black people' when I was at Eisenhower Middle school in Oklahoma. The black kids ignored, stayed away, or teased me, so I guess the black kids felt the same way. What do you do if everyone tells you that you are not who you are?

....At Northwestern University I had people tell me they didn't 'think of me as a black person', or that when they saw me they didn't 'see color'. This was supposed to be a compliment. You see, they didn't hold my color against me. I wanted to shout, "Why do you have to pretend I am not black in order to accept me?" If I had ever said that out loud I am sure I would have offended the very well meaning people who make these statements, but perhaps I would have made them stop and think. By the time I got to college, I just wrote people off who said things like this. If you can't accept me as I am, then you aren't worth my time.

...I did some wordless picture books with African American stories. The company who did the recordings had their staff come in and listen to the stories. One of the women was very upset. She raised her hand and asked, "Why didn't you get a black woman to record these stories?"

So, what is the story here? What does it mean that I am not black? Well apparently it means that...

Black people do not speak clearly 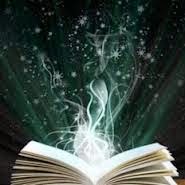 Apparently, if black people rise to some higher level, they graduate from blackness, and become honorary white people, or their color doesn't matter. It is a way of saying, "I met a black person who doesn't meet the stereotypes that I carry around in my head about black people, so he/she doesn't count." 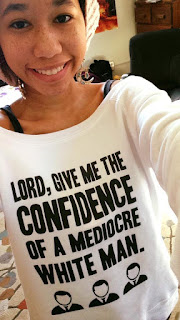 ...My daughter is sixteen. She is at Governor's School West for theatre in North Carolina. On Wednesday, the mister and I went up to Winston Salem to see this show the drama group wrote. It was 30 plays in sixty minutes. The students wrote the plays. My daughter was in one called, White for a Black Girl. There were three black girls and each did a short monologue about what it is like to be a smart, accomplished black girl, and to be told that you were, in fact, white. The term now is, "You are the whitest black girl I have ever seen." or "You are a white black girl." Each piece ended with, "Is this what you want to see?" A white girl would step up behind them with white paint on her hands and put white hand prints on their faces before moving on to the next girl. The audience was quiet, uncomfortable, a little freaked out in their seats. I wondered, as I sat there, how many of the very white folks sitting around me had ever said that to a black person thinking they were paying them a compliment.


My son is nineteen. He does not drive.

I could start listing the names of the young black men who have been murdered by police in the last four years. I could call out their names and howl into the wind. I could tell about the morning George Zimmerman strutted out of his trial after having murdered a young black man, and how I lay in my bed that next morning sick with worry about the young black man who sleeps across the hall from my room. I could scream to the heavens about the executions of the two black men this week. I could demand justice. I could shout into the teeth of a screaming wind, "Black Lives Matter!" and I know that I will be met with anger from those who yell, "All Lives Matter" or "Blue Lives Matter!"
The problem isn't that all lives matter. The problem is that we have a story about those lives. The stories we tell are very different.

-Trayvon Martin is killed. The media shows him looking like what the media has decided a 'thug' looks like.

- Brock Turner rapes a woman. The media shows images of him in a suit looking clean cut and like the 'kid next door'.

So, What's the story here? What does it mean to be a black man in our society?

My son is a good student at Rochester Institute of Technology 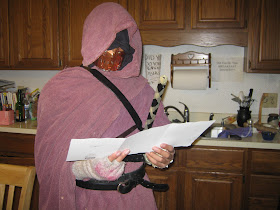 
If my son gets pulled over in a car for whatever reason, what will the police officer who pulls him over see? 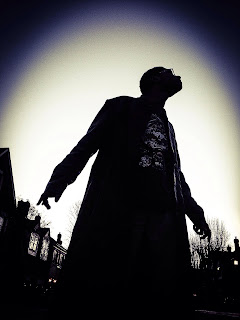 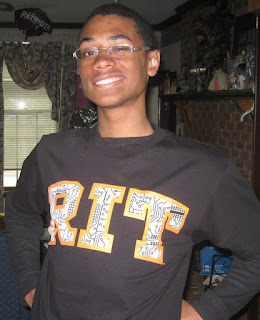 I live for a day when people don't have to pretend accomplished black people aren't black in order to understand or accept them.


Tell Your Story
Donna Washington - Storyteller at 7:16 AM
Share